Can’t believe it has been a month already since we started at Lantmännen. Where did the time go?

Sooo, since us trainees don’t see each other that often because of different geographical location (except the Stockholmers :)), few weeks ago we decided to meet up and visit some of Lantmännen’s factories in Skåne, southern Sweden.

Initially, it was Moa, Johan, and Anton, who are placed in Copenhagen and Malmö respectively, who were invited to visit these facilities, but then they thought hmm the more would be the merrier, so they invited all of us to come and join the fun…and so we did!

First stop, we got the chance to look closer the grain handling process at Lantmännen Lantbruk in Helsingborg. We were accompanied by the operation manager who explains the flow of grain when they arrive from our owners, sorted, cleaned, then kept inside the silos, maintaining the grain quality, before being distributed to different Lantmännen’s businesses. There are 300 grain silos in total that are ranging from hundreds of tons only to thousands of tons. It is quite a busy activity but thanks to modern technology, almost all of them are operated automatically. Awesome! 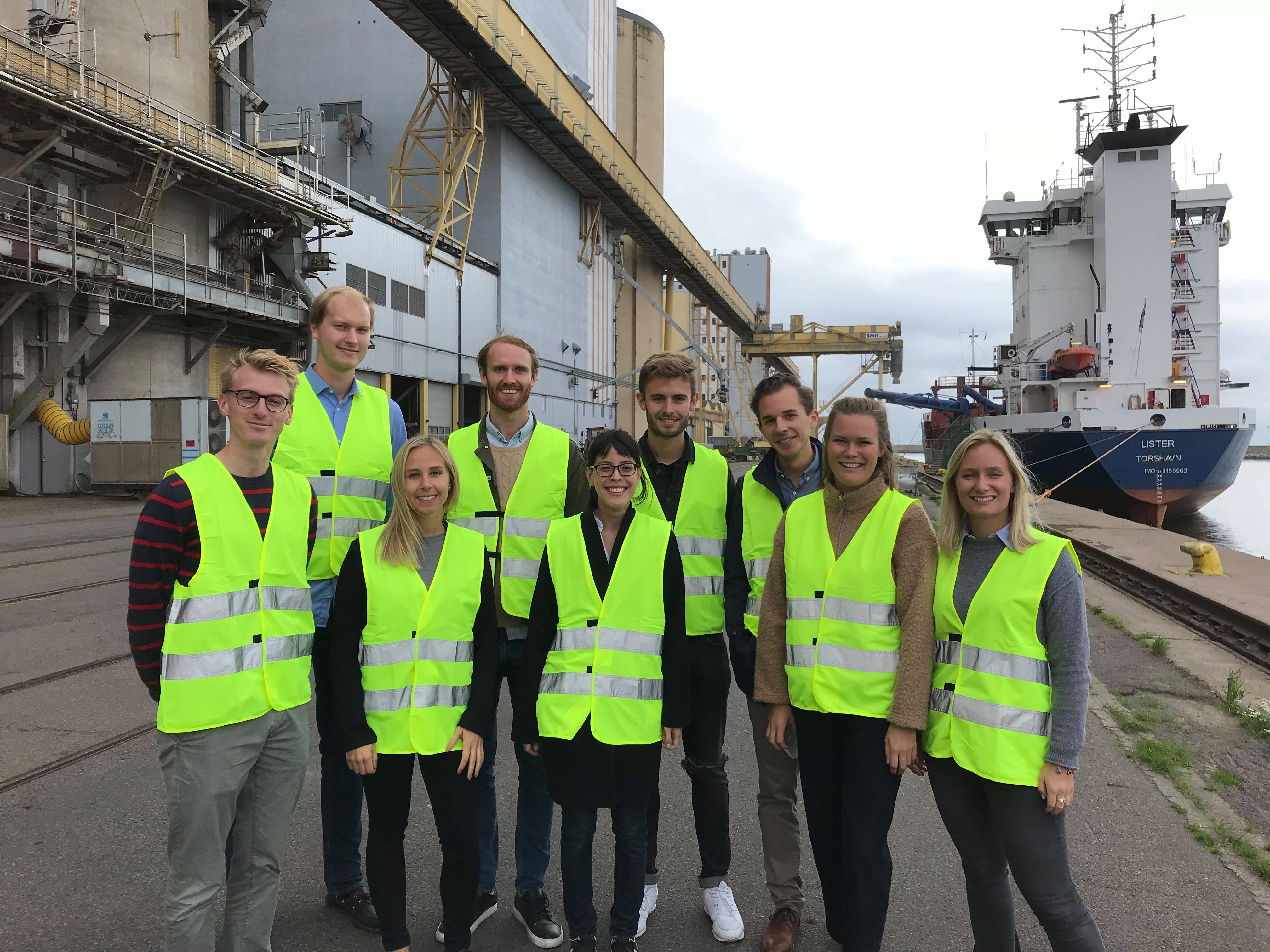 The full squad at the grain silos by the harbor 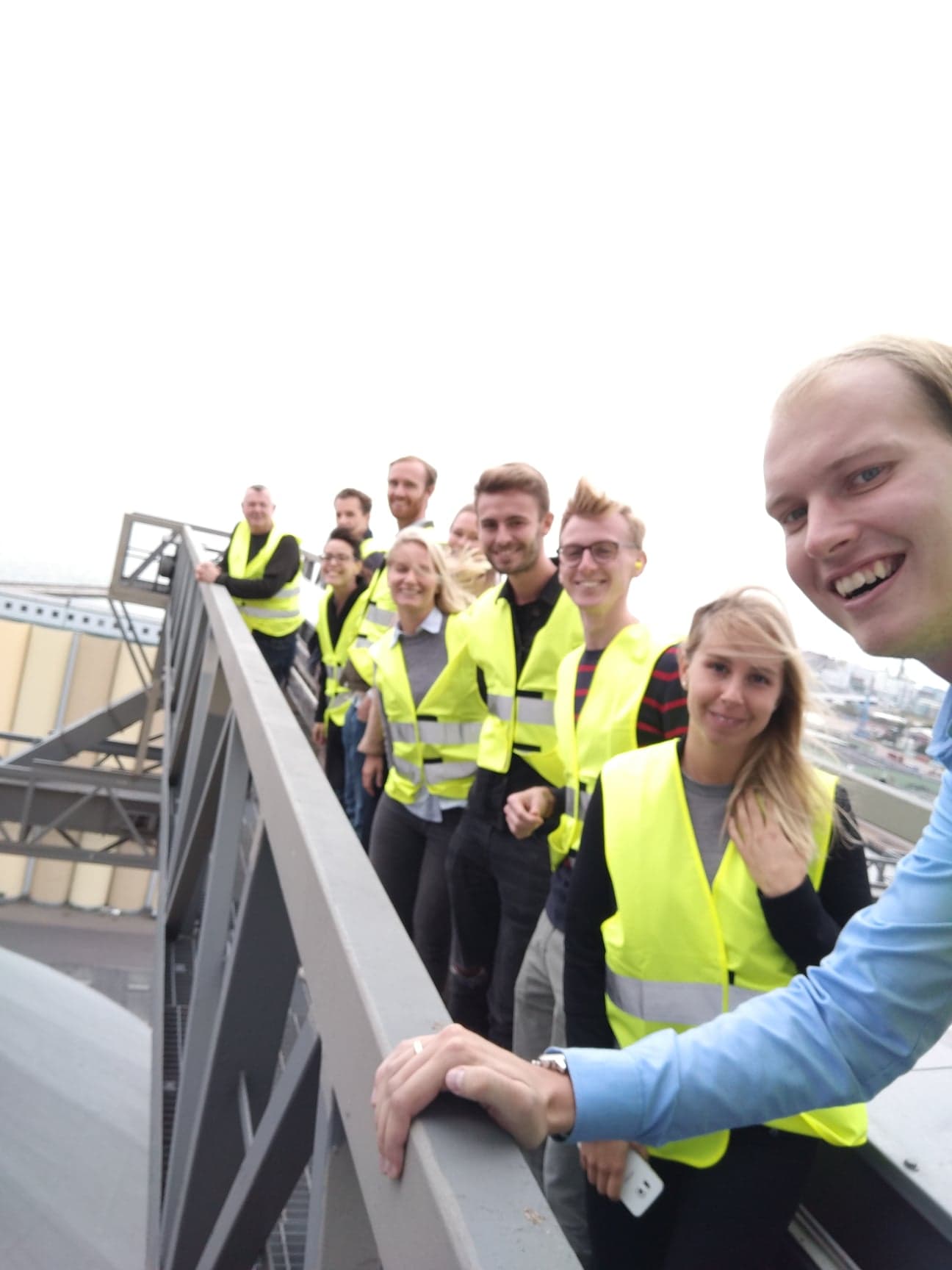 On top of one of the grain silo, super windy btw

Second stop is pancake factory at Laholm. As heavenly as it sounds, we could look closer at the production of Lantmännen’s pancakes using only the best ingredients. Of course we had the chance to taste the products (so yummy!) and little tour inside the pancakes factory. The production line tour did not only show of how pancakes are made, but also how they are packed in boxes, down to the point where they are stored inside huge freezer, ready to be transported to customers. Since the area needs to be sterile, we had to wear protective caps, robes and shoes to avoid contamination with the products, but we could still took some pictures deliberately. 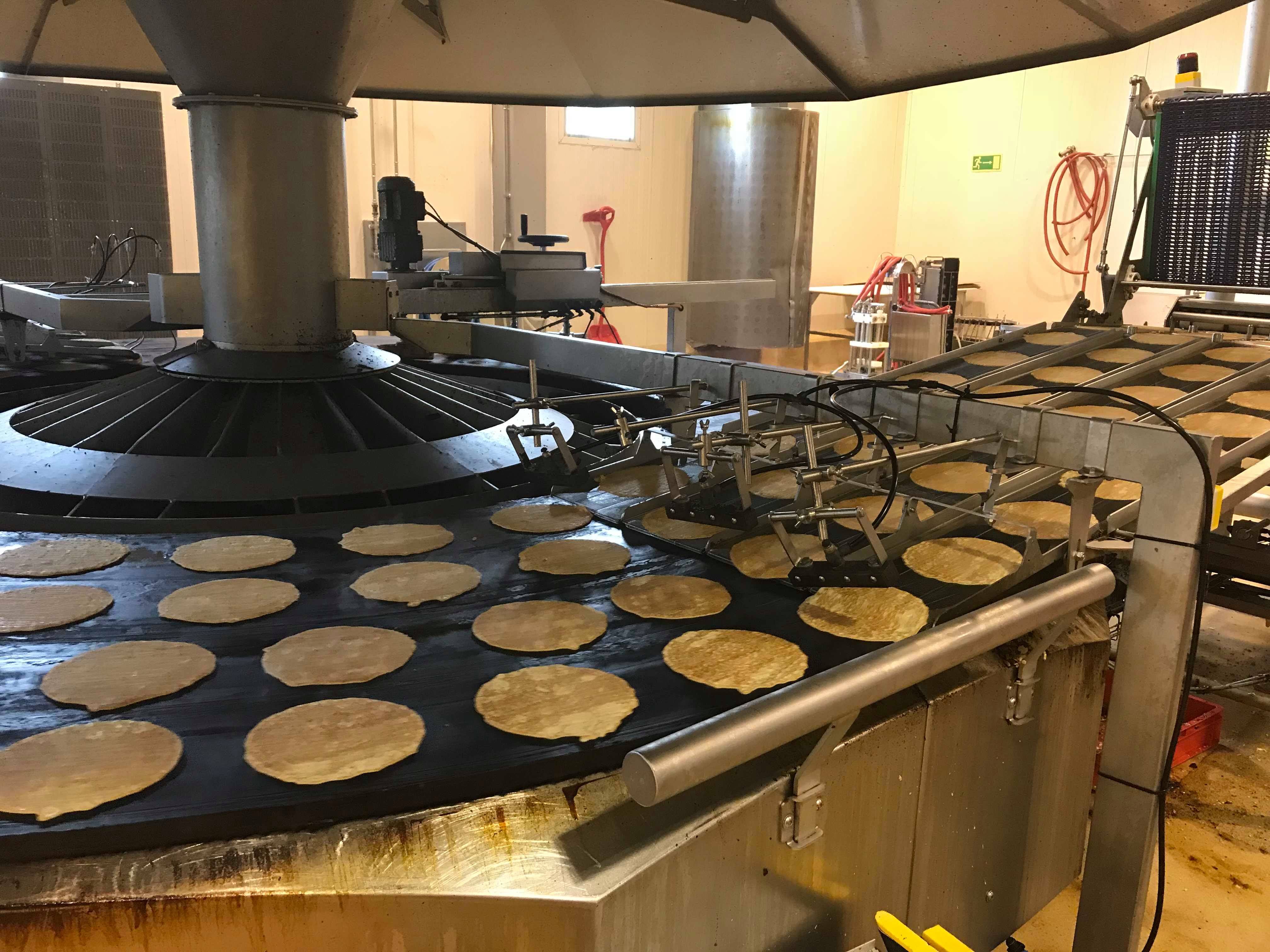 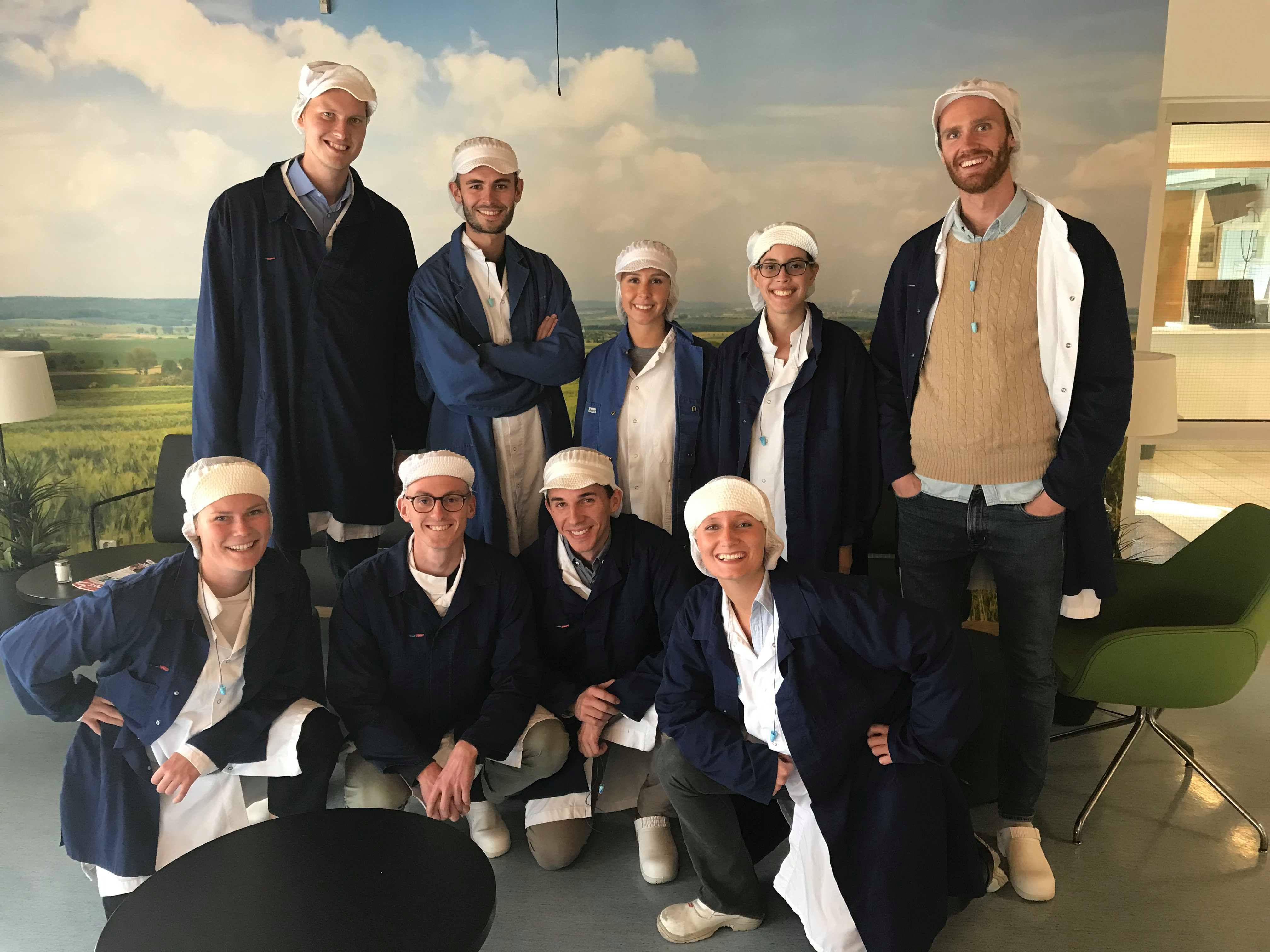 With our protective suits

Stay tune for more posts from us and we hope you have a great week ahead!